A new study by the Center for Retirement Research and Boston College refutes the notion that state and local government workers as a group end up a lot richer than their private sector counterparts.

The study used 1996-2006 data from the University of Michigan’s Health and Retirement Study to examine whether state and local government employees are wealthier in their retirement years.

Researchers looked at the wealth of couples where the head of household is age 65 and tested for whether government employment has a positive or negative effect on wealth at that stage of life. They also looked at how that effect is related to service time in the public sector.

The report’s first section presents the figures and methods used. The second section shows that people who spent more than half their career in the public sector — about one-third of the total group — had 11 percent to 18 percent more wealth at age 65 than similar private-sector couples.

The other two-thirds with a state or local government employment history who spent less than half their career as a public worker ended up with less wealth than private sector employees.

The third section examines issues that those conclusions raise, such as the possibility that public employees retire early, the role of defined benefit plans, and recent developments that might limit the applicability of the results.

The report then concludes, “In short, as a group, couples with state-local workers, all else equal, do not end up richer than couples with private sector careers.” 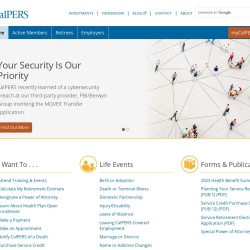